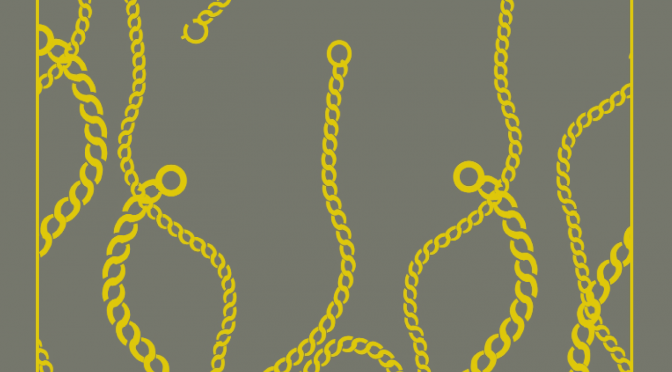 Mention Mansfield Park to a devoted Austen-ite and you get the tell-tale sigh: yes, but Fanny Price! Why does she have to be so …

In any situation, you can count on Jane Austen’s heroine (a poor cousin taken to live with rich relatives at age 10) to be terribly proper. She’ll be concerned that everyone’s comfort is given due consideration, and aware of her own low station. She’ll say things like, ‘a whole family assembling regularly for the purpose of prayer, is fine!’ and ‘never happier than when behaving so dishonourably and unfeelingly!—Oh! What a corrupted mind!’

Mansfield Park—which was published after Pride and Prejudice and celebrates its 200th anniversary this year—is acknowledged to be Austen’s least-loved novel. A seminal essay on the book (by Lionel Trilling) goes so far as to say that for Austen admirers, the book “is likely to make an occasion for embarrassment” while “nobody, I believe, has ever found it possible to like the heroine of Mansfield Park.” But so far this year, I’ve read it three times. There’s that same lovely Austen eye—showing us how people are ridiculous without sneering at them, making us laugh and drawing us in to the lives of characters invented two centuries ago. It doesn’t sparkle the way that Pride and Prejudice does, but its heroine (bullied as she is by her Aunt Norris and ignored by almost everyone else, except her cousin Edmund) is not (and nor is she meant to be) Elizabeth Bennet. She’s poorer, more alone, and daily reminded of her lowly position. Trilling, for all that he noted its mixed reception, pronounced Mansfield Park a great novel. And it’s Fanny—quiet, upright, moralising Fanny—who makes it so fantastic.

How can this be? So much of what Fanny does rubs a contemporary reader up the wrong way. She’s treated like a servant, pitied for her ‘deficiencies’ and excluded from the privileges her cousins enjoy—and she just accepts it. Nods demurely and fetches the sewing for her awful Aunt Norris. Is pitifully grateful that her flaccid Aunt Bertam wants her company, even though it means staying home while the others gad about having fun. You want to shake her—‘come on, Fanny, don’t be such a ninny! Show some spine!’ But this reaction, though understandable (even Austen’s mother judged Fanny ‘insipid’) rather misses the point.

I think Fanny’s pious submissiveness is in fact a clever armour, leading up to the point at which she utters those remarkable words: “I cannot like him, Sir, well enough to marry him” and “I think it ought not to be set down as certain, that a man must be acceptable to every woman he may happen to like himself.” Remembering that this is a time in which women could not vote, or own property—and bearing in mind Fanny’s precarious financial situation—her decision to refuse the wealthy (and untrustworthy) Henry Crawford is an act of self-assertion. Unlike those around her, Fanny Price’s insight and intellectual integrity allow her to see Mr Crawford and his sister for who they really are; next to Fanny, the Bertrams (including Sir Thomas, the respected patriarch) are dullards who misread just about everything that happens in the novel. The fact that Fanny is so serious and submissive means she that when she does think (and act) for herself, she is morally untouchable enough that even Sir Thomas, though angered by her refusal, can’t completely write her off. Presumably the same applied to readers in 1814.

We see this more clearly in looking at a modern version of the story. The 1999 film adaptation (the one starring Frances O’Connor) does two particularly interesting things: it hands Fanny Price a pen (and a sense of humour), and adds more events around the Bertrams’ sugar plantation in Antigua. These elements are sketched more lightly in Austen’s story—we know Fanny has a small study, where she goes to read and write, but we hear little of what she produces; and we know Sir Thomas travels to Antigua, and that Fanny asks her uncle about the slave trade, but the issue is not explored in detail.[1] In the 1999 version, Fanny Price has taken on elements of Austen herself; the film draws on the author’s letters and diaries, giving Fanny a gift for language and seeing her, at the end of the film, about to publish her first book. She’s still reserved and accepting of her situation, but we’re allowed to interpret it differently—she knows her own mind and holds independent ambitions. Contemporary readers don’t need Fanny to be cloying, carefully toeing the line and knowing her place. Things have changed. In a similar vein, viewers today are unlikely to be satisfied with the Bertrams’ interest in the slave trade being in the background—it requires explanation. But of course whatever her personal view may have been, Edward Said notes that it’s not reasonable to expect Jane Austen to “treat slavery with anything like the passion of an abolitionist”—she, like us, is a creature of her time.

For all that, the two centuries that have passed since Mansfield Park was published can’t diminish my enjoyment of this book. Fanny Price might require a bit more of an empathy stretch than Elizabeth Bennet, but she’s more than worth the effort.

Fanny navigates poverty and patriarchy, landing on a place (however eye-rollingly virtuous it may seem) where she can assert herself. So if she sometimes comes across as a ninny, then it’s a necessary calculation—and we’re all the wiser for seeing the world through her eyes.

[1] For a detailed analysis of Mansfield Park and attitudes to slavery, see Edward Said’s book Culture and Imperialism (Vintage, London, 1993). Paula Byrne also provides some interesting thoughts about Austen’s deliberate use of names and language in alluding to slavery.